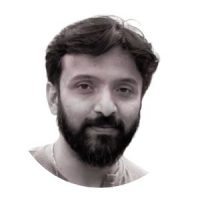 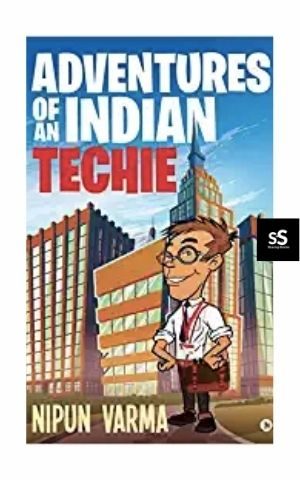 Adventures of an Indian Techie

Rated as an Amazon bestseller, Nipun’s debut book “Adventures of an Indian Techie” is a satire comedy that captures many humorous and sometimes unfortunate situations every techie has faced in his/her professional life. Taking pot-shots at the various daily ‘adventures’ of an average techie, the book is a simple, short read laced with generous dollops of wit and humour. For the non-techies, this book gives a sneak peek into the happenings within those fancy corporate buildings. For the techies, the adventures mentioned in the book are as relatable as their daily chores.

Not everyone gets to achieve the ambitions and work in a job that they had always wanted to do. The same is true in the IT industry. According to the author, there are two kinds of IT employees, and he calls them the ‘916 techies’ and the ‘1-gram techies’. While the first kind is the hardcore techies who eat, sleep and breathe technology, the latter just work to earn a living. He gives them an attribute of being ‘talk-nologists’ instead of being technologists, and the protagonist is one amongst them.

The Adventures of an Indian Techie goes on to describe how, this trickster techie, using talk-nology as an advantage, bluffs, lies and outwits other people to make his career in this industry. The book, in other words, is a confession of whatever he has done and seen and unearthing everything he has witnessed. It is an uncut and unrated version of what he has to say.

Nipun Varma is an IT professional moonlighting as a writer. An avid public speaker, movie fanatic, voracious reader, stand-up comedian, part-time actor, scriptwriter and social worker; he is a classic case of ‘jack of all and master of none’.

While humour remains his primary weapon, he loves writing across genres. He is into column writing, screenplays and short stories. His short stories are published in various online writing platforms including Sharing Stories magazines. His other major work is a yet-to-be-published English translation of the award-winning Malayalam novel “Vasavadatha” written by renowned Malayalam writer Sajil Sreedhar.

He calls himself a ‘916 Mallu’ who hails from Vaikom- a sleepy little town in the outskirts of Kottayam district in Kerala. He believes his life’s mission is to share stories and spread happiness. No wonder, he has become a regular contributor for the Sharing Stories platform.

Nipun is also a part of a book Prinitng and Distribution platform Booksthakam based in Kerala.

This is an example widget to show how the Right Sidebar looks by default. You can add custom widgets from the widgets screen in the admin. If custom widgets are added then this will be replaced by those widgets.