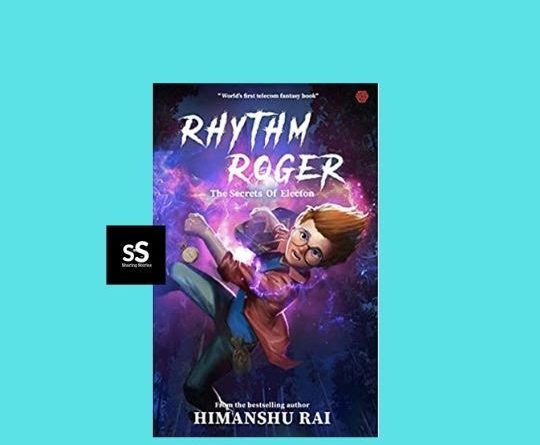 Rhythm Roger- The Secrets of Electon

Himanshu is a Bestselling Author with a passion for storytelling. His previous novels, My Mute Girlfriend & I am always here with you, were highly appreciated and were among Amazon Bestseller charts. My Mute Girlfriend was among 25 best romance titles of 2018, and I am always here with you released in Jan-19, is among Amazon Best read. He loves writing and tries to bring real locations and themes into his stories, enabling the readers to visualize what he writes. His Last Novel, My Mute Girlfriend, Published by Srishti Publishers, was based on his real-life story and already declared as one of the best romance titles of the year 2018. My Mute Girlfriend portrayed his city & home Town Sagar, which is a beautiful place in Madhya Pradesh. Himanshu being a grandson of renowned Politicians and Doctor from the town Dr. B.B. rai, was always fascinated about stories and storytelling. His family always appreciated his work of writing and praised him when his poetries started getting published in local newspapers during the early days of his life. His passion for writing can be judged by his work Chariots of Mahabharata, which he wrote when he was just fourteen and got published by Invincible Publisher in 2017. His last novel, I am always here with you, got released in Jan-19, and was among Amazon Best Read for consecutive three months. His previous novels “Recollecting the End” & “Chariots of Mahabharata” was highly appreciated. His way of writing is often termed as visual writing, as you can feel yourself in the story. He lives in Noida with his wife and son. His new novel “Rhythm Roger- The secrets of Electon” is World’s first Telecom Fantasy book is released over Amazon. Since the release of this book, it has maintained No1 bestselling position in almost all categories of Amazon and is hugely getting loved by readers. Readers are comparing his narration and imagination with the Harry Potter series and waiting for the next part of the book. Himanshu has received many awards from various intuitions of India for his work, and he is one of the prime speakers in many colleges and schools. He has spoken in World Bookfair 2017 & 2020. Awarded by Jashn Management & Literature, was honored at Gorakpur Literature festival & received an award by Shamlam Literature society Madhya Pradesh. 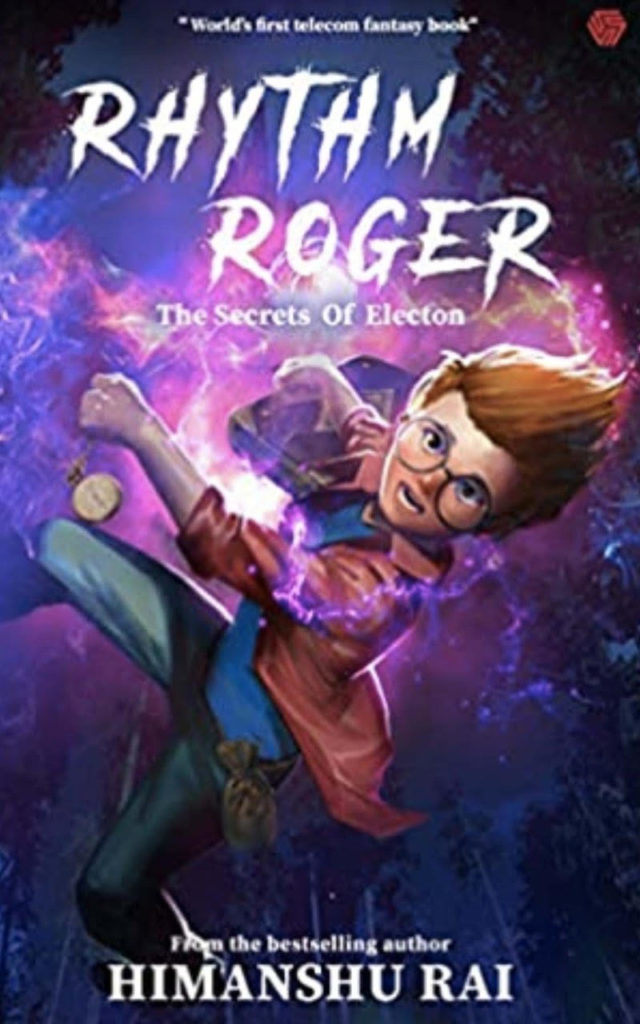 Rhythm Roger- The Secrets of Electon

“World is not only what we see.” Rhythm lived with his uncle Gourd in Finland in 1991 and worked in Nokia as program engineer in a team who tested first mobile call. He was not aware of his parents, and it’s uncle Gourd who took care of him. One night he encountered a man whose shadow was blue in color in his room named as Markboo. Uncle Gourd tried to save Rhythm to his best, but Markboo carried Rhythm along with him to Electon. We live in a world where electromagnetic waves are everywhere, emitted by mobile radiation. Electon was a world of electromagnetic waves that cannot be seen by a normal human being. In Electon each technical term which we study or know exists as a form of a human with their own distinguished powers. Markboo was what we called social media in today’s human world, traveled from Electon future to the human world to take Rhythm along with him to help Dslots to fight with Vslots. It all started when Heinrich Rudolf Hertz invented electromagnetic waves in the human world. That day a parallel universe that cannot be seen by the humans named Electon got created. Anagol was marked as the queen of Electon, whom in the human world we called Analog signals. The same analog signal in which current runs, but in Electon, she was queen Anagol. Everyone was happy in her regime, and it was always a bright sun in Electon. But then Thomas Elva Edison discovered bulb in the human world, which was a bridge between the human world and Electon. Everything was excellent and perfect unless one-day, Noise traveled from the human world to the Electon. Noise is unwanted sound judged to be unpleasant, loud, or disruptive to hearing. From a physics standpoint, noise is indistinguishable from sound, as both are vibrations through a medium, such as air or water. The difference arises when the brain receives and perceives a sound, but in Electon, he was known as unbearable lord Noise. Which he preferred to be called. He cannot see or hear but can judge his enemy by his vibrations. He can make a sound as loud to kill all humans in seconds. He wanted to be the king; he wanted disruption to be preferred, and to rule Electon, he aimed to rule Anagol. There was a massive war that happened when Noise tried to capture rule of Anagol, and he was on the verge of becoming the king when Crawler offered the peace treaty. Crawler is the most intelligent among all and was always neutral for both parties. On the one hand, he agreed on Anagol to rule in the presence of Noise, on the other hand, he explained Noise, that future is of Dslots, and he can take them in his control from the start. Somehow that war got frozen, but not the fight between Anagol and Noise. Anagol has been the softest queen, never tried to go against Crawler, but Noise was not the same. He always tried to harm Anagol and her people in some or other way to extend his area. And then when Anagol had a successor, her baby, Noise decided to take over him as he knew he was the one who will be the entry gate to Dslots. Crawler tried to convince Noise and warned him that he was doing wrong, and he must stop, but Noise gained more power by that time and knew intensions of Crawler, and so he ignored him. Resulting Crawler took over Mount Spuder and ordered all his followers that if Noise visits Mount Spuder, he must be killed forever. In the human world, we have seen voice calls or voice traveling through mobile phones or traditional phones using electromagnetic waves? They are all followers of Anagol, used sinusoidal waves to travel, but in the future, we saw pictures, messages, video traveling through mobiles, and that all happened by data slots. In the world of Electon, this caste of people is known as Dslot. Rhythm was the son of Anagol, and in Electon, he was Roger a ten-year-old boy, with massive powers that he didn’t know. Dslots wanted to rule Electon and were fighting with Vslots, and for that, they need the support of Roger. On the other hand, Vslots, followers of Anagol, consider Roger as a successor of Anagol and want him to be on their side. Among all is the Lord Noise, who wishes to rule Electon and capture Roger. And who is Roger? In the human world of technology, Data or Voice travel in mobile in time slots. Time slots are protected by guard bands to avoid interruptions called noise. Roger was a time slot, and Dslots want him to reach the fifth generation of their people while Vslots want them to stop. It’s a story of a world where power is ruling to kill another power.