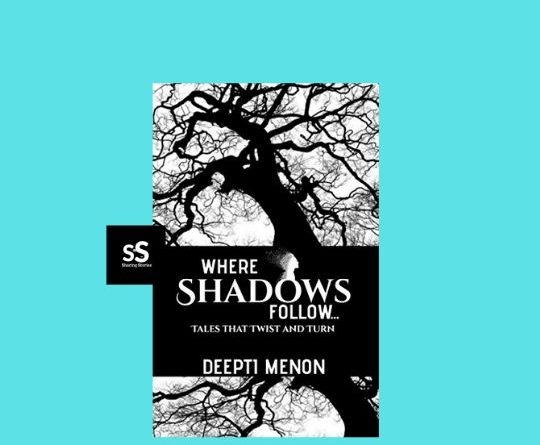 Deepti Menon has always loved the written word. She began to write at the age of ten and was lucky enough to have travelled around the country as an Army kid. Her experiences during those years helped hone her interest and her flair for writing. Her first book, ‘Arms and the Woman’, published in 2002, takes a light-hearted look at the life of an Army wife. 2013 and 2014 were lucky for her, as many of her short stories were chosen for anthologies. She also has a book of poems, titled ‘Deeparadhana of Poems’, lovingly compiled by her mother, herself a talented writer and ‘Shadow in the Mirror’, a psychological thriller published by Readomania in 2016. Her latest offering is an eBook of thriller short stories, again by Readomania, titled ‘Where Shadows Follow – Tales that Twist and Turn’. Writing has been an endless journey with its twists and turns, often leading Deepti on to the myriad mysteries of life, love and relationships. The thrill of seeing her name in print has only intensified over the years. She believes that Mark Twain had the right idea when he said, “The difference between the right word and the almost right word is the difference between lightning and a lightning bug.” There has never been a dull moment, never time to regret, according to her, as life is truly worth living.

How would you feel if you meandered into a tale and suddenly found it leading you up a twisted path of intrigue and evil? Life is made up of light and shade. Just when you feel that things are in your control, the darkness moves in and edges the light out. That is when the shadows follow, creating an atmosphere of disquiet. The stories in this anthology do just that. They keep you wondering where they are leading you till the shadows catch up with you.