Sourish Roy, an M.A. in English from Burdwan University and B.Ed. with specialization in Teaching Methodology from North Bengal University, has always been a fond reader of modern English literature. He took to writing at an early stage of his life with literary collaborations in the wall magazines and annual magazines in school and college. Now, as a writer, he has earned the renown of being dedicated to the daily life problems of the underprivileged class. His stories have been previously published in local English and Bangla magazines and pamphlets. His critical essays have also been provided space in some academic books. His essay “Sports Education in India: A Culture in Consternation” had been published by New Academic Publishers, New Delhi.

TALES FROM BENGAL (Bigfoot Publications) is his debut attempt in the ambit of fictionalized composition. ‘The Handyman’, one of the nine stories of the book, has already been finalized to be adapted into a film. Also, another independent short story, ‘Exoneration’ published by Half Baked Beans, has been decided to be staged up into its theatrical adaptation by one of the renowned dramatic associations of West Bengal. 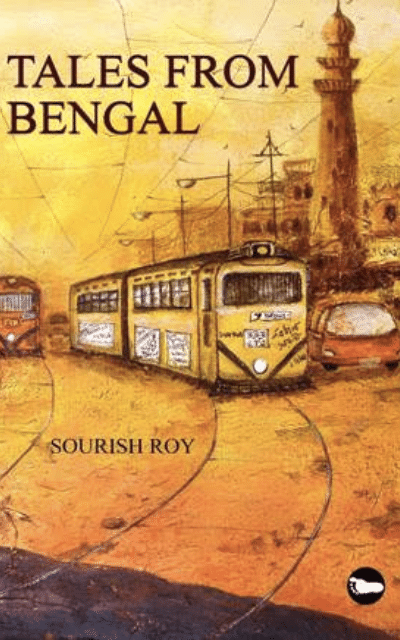 The compilation comprising nine short stories, all set in Bengal, looks to appeal to the magnanimous aspects of modern minds engrossed in the tussle for a living. The collection is meant to make readers think at least for once about those villagers who still have to wait for an elevation in their wretched living. In addition, set in the backdrop of India still unaware of urbanism and innocent of technological advancement, the stories are sure to reconjure the ideals prevalent in the rural society in the last few decades of the twentieth century. Further, amidst the flurry of literary works based on urbanism, these stories will stand out to rekindle one’s deep thoughts on the pains and pangs of the India that still remains unexplored from the socio-economic perspective.

Meera V. Barath Book Title : Mayaakatha Meera is a wandering Dinosaur and Passionpreneur. She is an M.Sc in Psychology,